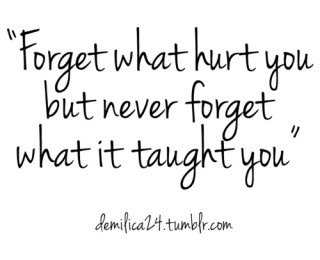 It happened in my final year in high school. I was standing at attention during the school’s assembly. Wanting to set a good example, I was following the no talking rule, even though some of my classmates were not. Every now and again, I asked them to be quiet. Being 5 feet 10 inches tall, I stood out above everyone else around me.

One teacher complained to the Vice-Principal about the bad example of the “chatty seniors” and identified me, “that tall one” as being the chief culprit.

The Vice-Principal reported me and my classmates to the teacher in charge of my class, who, without checking the facts, singled me out with a stern reprimand.

Shocked by the accusation, I went to see the Vice-Principal to explain what really happened. To my surprise, the Vice-Principal refused to accept my explanation, declaring that I was wrong to challenge the way in which she handled the incident. Although I did not ask for it, she said that she saw no need to offer an apology.

Even though this happened decades ago, I am still convinced that I was wronged.

But, I have forgiven.

I couldn’t have believed it then, but I have come to thankfully accept now, that the incident stands as one of the greatest learning moments in my life.

That, I will never forget.
Lesson #1: Courage comes with the risk of loneliness. Be courageous anyway. 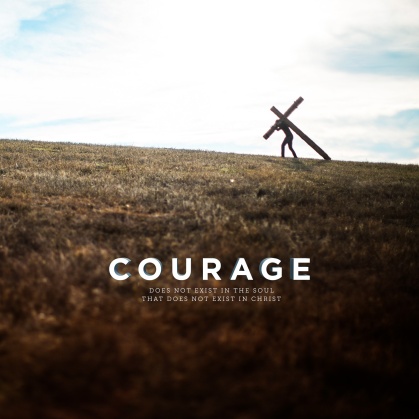 Some people agreed that the Vice-Principal was being unfair, but I had to stand up for myself. There was nothing for anyone else to gain or lose by joining me to confront the authority of the Vice-Principal. For me, my reputation was at stake and I had to defend it.

Even when other people don’t realize that they have a stake in someone else’s plight or fight for a cause, it takes courage to defend a principle and make unpopular decisions.

Jesus, on the night He was betrayed, courageously confronted His fear of what was to come. While He was praying in the garden in Gethsemane, His disciples were sleeping. Peter later denied knowing Jesus. Yet Jesus endured a lonely death on the cross for the salvation of all humanity.

When we are alone or feel abandoned, forgiveness is the antidote to bitterness, anger and other destructive emotions that we are tempted to direct towards those who choose not to stand with us.
Lesson #2: We are acting at our level of awareness. We do better when we know better.

In retrospect, I realize that at the time of the incident, the Vice-Principal was working with an authoritarian view of her role and how students should relate to her. This may explain why she reacted defensively when I presented my perspective and suggested how the situation could have been handled differently.

Life is a journey of constant learning. Forgiving others becomes less difficult when we understand that not everyone is at the same place of understanding. As Paul says in his letter to the Corinthian Christians, “When I was a child, I talked like a child, I thought like a child, I reasoned like a child. When I became a man, I put the ways of childhood behind me.”

Jesus’ warning: “Do not judge so that you will not be judged. For in the way you judge, you will be judged; and by your standard of measure, it will be measured to you,” clearly reminds us that we must not hold people to our own standards. He encourages us to focus on our own self-improvement and to encourage others to be better and do better. Jesus set the example with the woman at the well. Labelled an adulteress and condemned to being stoned, she was encouraged by Jesus to come up to a higher level of awareness and to go and sin no more.
Lesson #3: Sometimes the scales of justice can’t be balanced. Let it go! 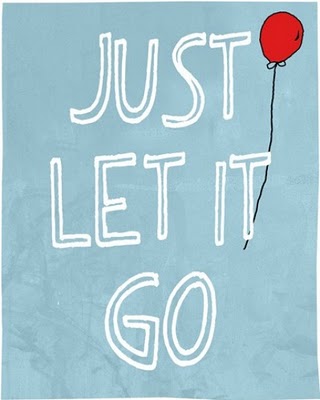 An apology from the offender may be gratifying to a bruised ego, but does the apology heal wounded emotions?

Can the regret expressed by a murderer restore the life of a loved one who was murdered?

In Luke’s gospel, Jesus provides the answer in a parable. “A moneylender had two debtors: one owed five hundred denarii, and the other fifty. When they were unable to repay, he graciously forgave them both.” In short, not every offense can be settled with a payback.

The pain and anger I felt on that fateful day in high school was rooted in my intense disappointment in the Vice-Principal, who, until then, I had held in high regard. I now know that no one, absolutely no one, is infallible.

In my view, her refusal to apologize is the same as the man who could not repay his debt. Even if she did apologize, I would still be left with my bruised emotions.

The truth is we are in charge of our emotions. No one else can choose to free us from the pain and anger of a wrong that was done to us. Forgiveness heals our wounds and pays us back for what our offender can’t repay.
Forgiveness frees the forgiver!

Enabling businesses and people to be successful. This is my mission, my life’s work. It’s always been what I have done wherever I’ve been employed, called to serve or to volunteer. An experienced business leader, my core values are truth, integrity, and respect. I believe that values-based leadership is critical for organizational success that is enabled by an engaged and empowered workforce. Working over the years in several senior marketing, communications, and executive leadership mandates for global, financial, healthcare, and non-profit organizations, it has been through times of transformation and difficult change that I have done my best work. In my blog posts, I share my perspectives on leadership, marketing and strategy that are based on my key learnings and observations over the years, all with the objective of helping others reach for success. In my spare time, I enjoy the beauty of nature which I reproduce in my pastel paintings. View more posts

One thought on “Forgive. Don’t forget.”